At the beginning of the project we wanted to create a monochromatic space in which all the elements are close in color, the accents are materials and textures. This monotony allowed to use many different textures, without losing the integrity of the space. We covered the main part of the floor with seamless microcement, the bedroom area is separated by a podium with a wooden floor, which partially enters the bathroom. Textured plaster was used on the walls and ceiling, which became a relief background for all other materials. Most of the interior elements were made to order, but the real experiments were: working with tempered glass blocks, implementing the idea of ​​a built-in hood and making a radial sofa. Glass blocks were made of rosalin glass, which added difficulty in creating color, because the shade is formed not by dyes, but by smoking glass. Another interesting effect was the use of three types of natural stone – granite, marble and sintered marble, which form accents in their functional areas. The interior is perceived as light and warm, but it has complex and non-standard solutions that give it a mysterious character. 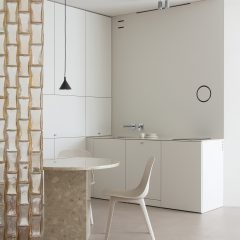 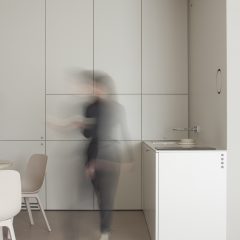 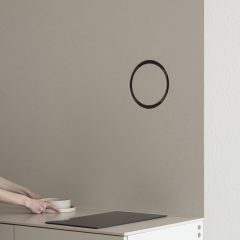 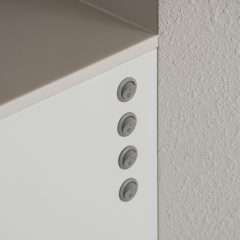 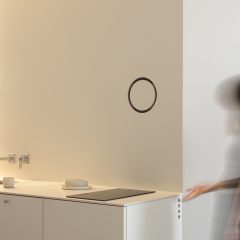 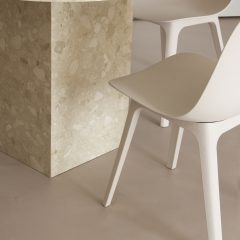 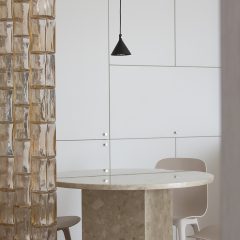 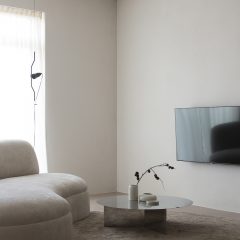 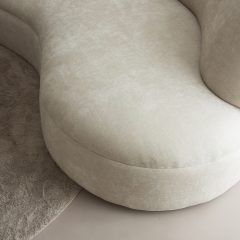 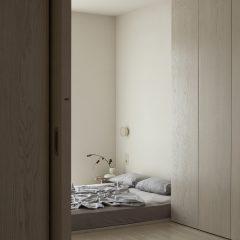 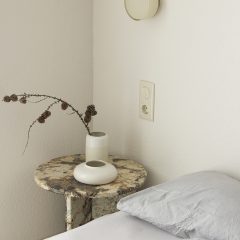 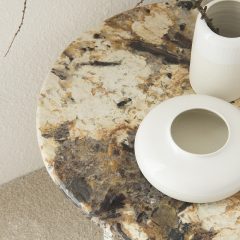 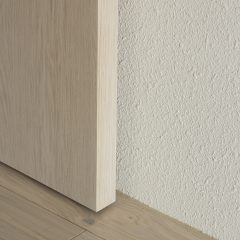 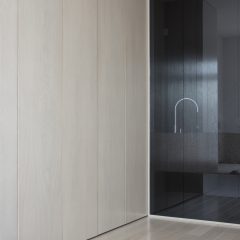 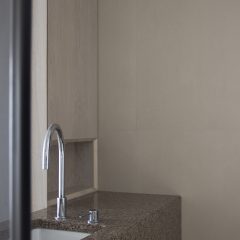 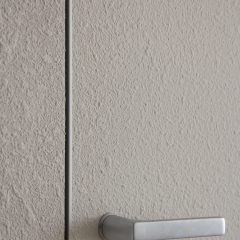 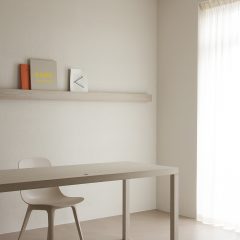 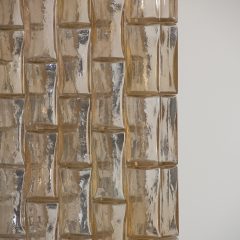 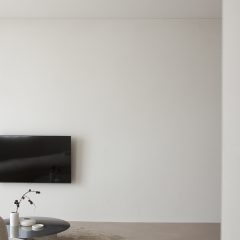